Bioengineering and the fight against cancer: The promise of immunotherapy

Cancer is one of the leading causes of mortality across the U.S. and the world. According to statistics from the National Cancer Institute, researchers predicted that in 2016 alone close to 1.7 million people in the U.S. would be diagnosed with the disease. Globally, the NCI noted that in 2012 over 14 million people received a cancer diagnosis. A disease engendered by the growth and proliferation of damaged cells, there are multiple forms of cancer that can develop in various parts of the body. The NCI elaborated that some of the most common areas where cancers can develop are the prostate, the breasts, the lungs and the colon.

One relatively new form of treatment that has demonstrated remarkable promise in recent years in immunotherapy. As detailed by an article published by the American Cancer Society, immunotherapy is a process whereby cancer is attacked through the utilization of a patient’s own immune system.

This article will take a closer look at this exciting new bioengineering tool in the fight against cancer, scrutinizing its promises, pitfalls and likely direction in the future.

A closer look at the immune system

Before an examination of what immunotherapy is, it is necessary to take a more comprehensive look at the body’s first line of defense against illness — the immune system. According to an article from the American Cancer Society, the immune system is an umbrella term for the group of cells and other substances that attack foreign infections and kill them, protecting an individual from illness. As explained by staff writer Laura Mears, writing for Cancer Research UK, the special cells that help fight illness, as part of the immune system, are known as T-cells. Mears elaborated that there are two forms of T-cells — those that identify and warn of illness, and those that then target and eliminate the problem.

So how does the immune system identify illness? As further detailed by Mears, when cells become infected with an illness — a common virus, for example — they indicate to the immune system that they are compromised by using special proteins, known as Major Histocompatibility Complex proteins. These special proteins will sit on the surface of the impacted cell. The proteins are then identified by traveling T-cells via special receptors — tools that enable the T-cells to spot problems. Once illness is successfully identified, the T-cells will begin to attack and in many cases destroy the damaged or infected cells.

While T-cells are often successful at eliminating illness, they are usually ineffective at recognizing cancer cells, Mears explained. This is because cancer cells are able to use an array of strategies to ensure that they go unnoticed by T-cell receptors. Consequently, T-cells often pass by cancer cells without noticing, allowing the cancer to develop and spread, unchallenged.

The goal of immunotherapy, therefore, is to develop ways to enable T-cells to recognize cancer cells and then successfully destroy them. As detailed by Denise Grady, writing for the New York Times, immunotherapy as a cancer-fighting tool, although still very much in its infancy, has demonstrated considerable promise. Clinical trials have produced a number of cases whereby patients have been successfully treated for cancers that were previously branded terminal.

Grady elaborated that there are currently two notable ways through which researchers harness immunotherapy: drugs, which according to the BBC are called checkpoint inhibitors, and the genetic alteration of a patient’s T-cells in a lab. It is important to take a closer look at both approaches.

As detailed by Grady, checkpoint inhibitors are a class of drug that works to prevent the processes through which cancer cells are able to hide from the immune system. This in turn enables the T-cells to begin fighting the cancer. Checkpoint inhibitor drugs are now used by some doctors to treat eligible patients with certain forms of cancer, having been give the green light for use by the U.S. Food and Drug Administration. Checkpoint inhibitors are most widely used to treat cancers in the lung, bladder and kidney, Grady noted. They have also proven effective at treating certain forms of lymphoma.

While this approach remains in early infancy and has only been implemented in certain clinical trials, the results have generally been very encouraging. As detailed by Grady, T-cell alteration occurs when a patient’s own T-cells are modified in a lab to enable them to more effectively fight cancer. Once the adjustments to the cells have been made, they are reinserted into the patient and the cancer is targeted. This approach has generated much excitement and attention from researchers due to several clinical trials that point to its efficacy at successfully treating certain forms of aggressive blood cancer, such as leukemia.

According to an article by health editor for BBC News, James Gallagher, a trial using this form of immunotherapy was conducted by scientist Professor Stanley Riddell, based in Seattle at the Fred Hutchinson Cancer Research Center. T-cell alteration treatment was used on a handful of terminally ill patients experiencing leukemia — all other treatment options had been exhausted. The results, which were disclosed at the American Association for the Advancement of Science conference in 2016, were very promising: Riddell reported that a significant majority — some 90 percent — of the terminally ill patients involved in the trial went into remission.

Elaborating on the significance of the trial, Professor Riddell explained to the BBC, “Essentially what this process does is, it genetically reprograms the T-cell to seek out and recognize and destroy the patient’s tumor cells. [The patients] were really at the end of the line in terms of treatment options and yet a single dose of this therapy put more than ninety percent of these patients in complete remission where we can’t detect any of these leukemia cells.”

Mears reported on a similar study from 2011. Conducted by researchers at Pennsylvania State University and overseen by Professor Carl June, three patients with lymphoma were treated with their own modified T-cells. The results were similarly outstanding with, two out of three of the patients achieving remission. Furthermore, although the third patient was unable to achieve remission, his or her condition did show some improvement. 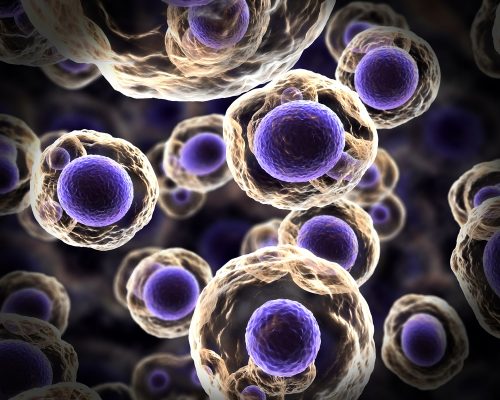 While T-cell engineering demonstrates promise, a lot of work still needs to be done in the field before the treatment is implemented on a widespread scale. As Gallagher made clear, writing for the BBC, only a select few studies have been conducted and the data has yet to be peer-reviewed and published. Furthermore, Gallagher interviewed a representative from Cancer Research UK, Dr. Alan Worsley, who noted that T-cell engineering has only really proven effective for treatment of blood cancers.

Despite the promise of immunotherapy treatments in general, it is important to note that there are risks associated with the techniques. As Dr. Alan Worsely explained, writing in an article for Cancer Research UK, there is a risk of serious side effects. Indeed, Steven Rosenburg from the National Cancer Institute, one of the pioneers of immunotherapy, relayed to Christine Gorman in an article written for Scientific American that some patients have died from the side effects of immunotherapy. This is on account of the fact that the body’s immune system is a powerful force, and if it targets healthy cells, which is sometimes the case with immunotherapy treatments, it can make patients very sick. As the Scientific American article makes clear, it is also important to keep in mind that immunotherapy is still an ineffective strategy for many patients.

The future of immunotherapy
As detailed by Dr. Worsely, writing for Cancer Research UK, research in the field will no doubt continue in the coming years. He explained that one of the major challenges facing researchers is to develop immunotherapy treatments that do not damage healthy cells, targeting cancer cells only.

If you are interested in immunotherapy and medical research in general, consider applying to the University of Riverside’s online Master of Science in Engineering program, with a concentration in bioengineering. Click here to learn more.