What you can learn in materials at the nanoscale 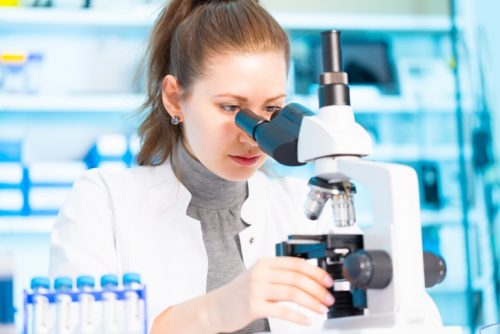 Nanotechnology engineering, or nanoengineering, is the practice of building microscopic structures – smaller even than bacteria – and optimizing them for a wide variety of use cases in industries as different from each other as healthcare and aerospace. A nanometer is only one billionth of a meter; to get a sense of the scale here, consider that the average human hair is 40,000 nanometers wide. It is up to nanoengineers to create and manipulate materials at the nanoscale.

Nanoengineering is interdisciplinary, as it intersects with all of the subtypes of engineering and with fields such as chemistry and medicine. The nanomaterials that engineers work with can be incorporated into both everyday products and niche applications by mechanical engineers, chemists, medical scientists and many others. Current examples of common nanomaterials in the real world include:

An online engineering degree in materials at the nanoscale from the University of California, Riverside (UCR) can provide the advanced preparation students need, in both the technical and managerial domains, to succeed as nanotechnology engineers. What can students expect after enrolling in the nanoengineering program at UCR? Let’s take a look.

Materials at the nanoscale program overview: Courses and other requirements

The nanoengineering degree at UCR requires the completion of 36 total credit hours. These credits fall into three main categories:

Like all engineering graduate students at UCR, nanoengineering candidates must complete the following core classes, each worth four credits:

The degree is rounded out by a quarter of one-credit courses that together form a capstone project. This serves as a replacement for a traditional residency and is especially convenient for online students, who can fulfill program requirements without having to set foot on campus.

Benefits of earning a degree in nanomaterials online
The 100 percent online format of the Master of Science in Nanoengineering – with no residency requirement – is ideal for working professionals looking to develop their credentials without having to prematurely leave their current positions. Plus, the entire program can be completed in only 13 months, which is significantly less time than the multi-year tracks typical of many master’s degree programs. Students can also choose from multiple start dates throughout the academic year to find a time that best suits their schedules.

An online MS in Engineering can be a key differentiator for graduates as they navigate competitive job markets for engineers. The U.S. Bureau of Labor Statistics (BLS) has projected a 7 percent increase in total employment across all architecture and engineering professions from 2016 to 2026. That translates to a net addition of 194,300 jobs. Median annual compensation for these positions is also more than double the national median, at $77,900 versus $37,040 in May 2017.

While the BLS does not keep figures for nanotechnology engineers, in particular, it does make estimates for the many closely related positions for which nanoengineers with a master’s degree are qualified, including:

Aerospace engineers
These engineers design and test aircraft, satellites, missiles and more, often using nanomaterials for additional strength. Median pay for 2017 was $109,650 and projected growth from 2016 to 2016 was 6 percent.

Chemists and materials scientists
Arguably the closest occupations to nanoengineering that the BLS tracks, these two entail the study of substances at the molecular and atomic levels, with the goal of developing and testing safe applications of them. In 2017, the median yearly compensation was $75,420, and 6,300 new jobs were expected over the 2016 to 2026 timeframe.

Medical scientists
Medicine is one of the most promising frontiers for nanomaterials, which could someday be used in tiny vehicles that deliver targeted treatments directly to cells. Medical scientists conduct the research and testing that make these applications possible. The BLS foresees particularly strong growth of 13 percent from 2016 to 2026 due to ongoing demand for improved medicines. Median pay was over $80,000 in 2016.

There are many other positions open to candidates with a master’s degree in nanotechnology. Everyday applications of nanomaterials will only expand in the coming years as production processes become more refined.

Earning an online master’s degree in materials at the nanoscale can be the first step toward a career in this fast-evolving sector. Visit the main program page for an overview; you can also answer a few simple questions there to receive our free brochure containing additional information.

Recommended Readings:
Major nanomaterials use cases in medicine
3 nanotechnology innovations on the horizon