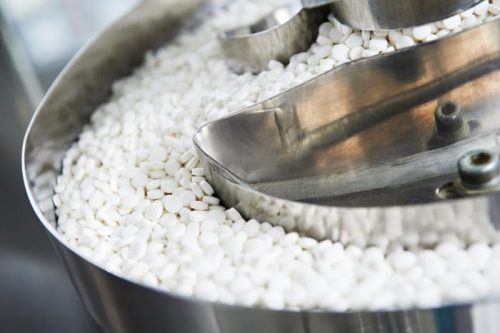 Just as there are many types of jobs across the country — with openings more numerous than those who are out of work, based on August 2021 job numbers from the U.S. Bureau of Labor Statistics — the types of engineering occupations are wide ranging: It’s truly a profession of possibilities. While all engineering fields deal with productivity and design, each branch is unique in its own way. The duties of an engineer in health care are notably different from an engineer in computer science, even though they both may come from a similar educational background.

Two of the more popular engineering options nowadays are chemical and electrical engineering. Both are experiencing similar growth rates around people entering the profession in the United States — approximately 9% and 7%, respectively,  according to the BLS — and the salaries are fairly comparable ($108,540 and $103,390). People in these roles are also employed predominantly by engineering services providers and tend to be enrolled in similar academic programs.

Beyond that, though, the kind of work that an electrical engineer conducts on a day-in, day-out basis is different from that of a chemical engineer. So if you’re trying to decide between the two, learning more about the responsibilities of each can help you determine the engineering degree that’s right for you.

Different engineering specializations appeal to different people based on their strengths, interests and goals. Yet because the academic courses of electrical engineering and chemical engineering frequently intertwine, perhaps the best way to choose is by learning more about what they do.

Here are some of the job activities chemical engineers perform, as outlined by the BLS. You’ll notice that “process” is a common theme throughout:

Chemical engineering is a specialty all its own, but it’s common for chemical engineers to specialize even more closely in one area or discipline. This may include phytochemicals, nanomaterials, large-scale manufacturing, biomaterials or agrochemicals.

Electrical engineers’ duties are further along in the production process in comparison to chemical engineers. As the job title suggests, an electrical engineer participates in the development of electrical equipment, such as electric motors for automobiles or navigation systems for airplanes, jets, watercraft or military equipment.

The following are a few of the tasks electrical engineers are known to do, per the BLS:

Given their similar focus, it’s not unusual to mistake an electrical engineer for an electronics engineer. While they both work with power sources, an electrical engineer is more concerned with the manner in which electricity is used as energy, be it in the form of light, fuel, heat or sound. Electronics engineers focus on the application of that source of energy toward the development of products. This may include software, circuit boards, motors or medical devices.

While the job functions of chemical engineering and electrical engineering are often different, prospective professionals in either field frequently take similar classes. At UC Riverside, both the electrical and chemical engineering master’s academic programs include several of the same core courses. They include Engineering in the Global Environment, Technology Innovation and Strategy for Engineers, Introduction to Systems Engineering, and Principles of Engineering Management. Because of the overlap, you may not know which major to select if you’re undecided.

But there are certain courses that are unique to each engineering discipline. At UC Riverside, some of the classes for the chemical engineering specialization include Advanced Engineering Computation, Transport Phenomena, Advanced Kinetics and Reactor Design, and Advanced Chemical Engineering Thermodynamics.

You can decide between the two based on where your strengths lie and what you’ve discovered through your bachelor’s in engineering degree program.

For example, if power electronics was something you enjoyed as part of your bachelor’s degree curriculum, the electrical engineering master’s program may be a better option for you in comparison to chemical engineering. The key to determining the preferable path comes down to your goals, introspection and personal reflection.

Yes, it’s possible to become an electrical engineer despite having an educational background that is specific to chemical engineering. There are a few reasons why that’s the case, one of which is their typical work environments.

Both types of engineering professionals also bring similar work qualities to their job positions. For example, chemical engineers and electrical engineers need to be proficient in mathematics, especially calculus. They have to use the principles of calculus to conduct analysis and perform tests, and for ongoing process development. 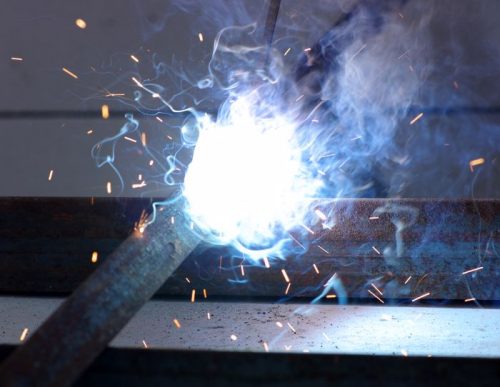 Another core characteristic electrical and chemical engineers share with one another is interpersonal skills. Because much of their work involves collaborating with other engineers or project managers, it’s important for them to be able to communicate clearly in a team environment. However, engineers are also reputed for their ability to work independently, which may be required to conduct field research or for travel.

The pathways to becoming an electrical engineer or chemical engineer share some commonalities as well. Generally speaking, a bachelor’s degree in engineering is a prerequisite, and as previously noted, these engineers frequently participate in the same core classes, particularly mathematics. Algebra, trigonometry and calculus are the primary branches of mathematics that engineers deal with regularly, regardless of their degree.

The same goes for licensure. in general, neither an electrical engineer nor a chemical engineer needs to be licensed or have a certain certification to apply for a job opening. However, those who choose to obtain a professional engineering license may open themselves up for certain advantages and leadership opportunities that typically aren’t available to those with an undergraduate university degree alone.

For example, regardless of their engineering specialty, a professional engineer can serve in an oversight role and be the point person who other engineers come to for assignments or guidance. They can also provide services directly to the public rather than through an intermediary, such as an engineering firm. Thus, a professional engineer can work as their own boss.

Finally, there is a good amount of salary parity between a chemical and an electrical engineer. In some industries — such as health care, business management, finance or information technology — switching from one role to another may bring a substantial increase or decrease in earnings, making a different title unrealistic or unfeasible. But because their annual salaries are comparable, switching from an electrical engineer job to chemical engineer role would likely not significantly affect that person’s quality of living.

It’s difficult to say which occupation is more difficult. If you speak to a professional from either group, they’re likely to point out their own challenges, whether with respect to problem solving or coming up with new and inventive ideas.

Whether you just received your engineering bachelor’s degree, want to change careers or seek to deepen your understanding of engineering before taking the test to become a professional engineer, an online Master of Science in Engineering can make it happen. UC Riverside offers several academic programs that are specific to electrical engineering, chemical engineering, bioengineering and several other specialties. And since the program is fully online, you can earn your master’s degree on your schedule. Plus, there is no residency requirement. Contact us today to learn more or apply now.

What Does an Electrical Engineer Do?