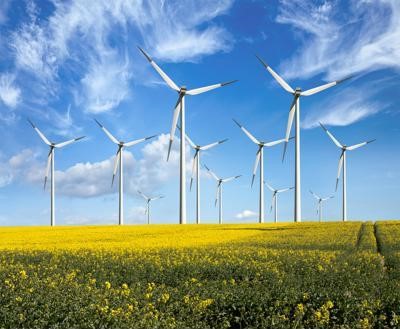 Electrical engineers create many of the modern technologies that we rely on every day, from the electric motors in household appliances to the circuitry within consumer electronics like phones and tablets. Accordingly, the electrical engineering profession is integral to modern living and communications, and engineers themselves are in steady demand, with relatively high compensation.

The U.S. Bureau of Labor Statistics (BLS) has predicted 7% expansion in total employment of electrical and electronics engineers from 2016 to 2026, which is right in line for the estimated growth of all professions. As of 2018, these engineers were earning median pay of more than $99,000 per year, which is significantly above the national median.

The BLS has also noted that engineering services firms are currently among the main drivers of employment growth for electrical and electronics engineers. Such organizations are frequently contacted by companies to help with the development of electronic systems and devices, underscoring the importance of specialized knowledge of computer hardware.

As an electrical engineer, what skills do you need to land a rewarding position? Let’s take a look at what’s behind current skill-related demands and how earning an online engineering degree from the University of California, Riverside (UCR) can help you develop the right competencies for success.

Electrical engineering: What specializations and skills are most sought-after?

As of 2019, industries such as consumer electronics, robotics, aerospace, renewable energy (especially solar power) and autonomous driving and driver assist had greater need for electrical engineers than sectors like legacy manufacturing.

Every smartphone, tablet, laptop and internet of things device ― to name just a few examples ― is worked on by a team of electrical engineers before it enters mass production. These engineers design, test, refine and inspect many of the crucial components within such hardware, including its wireless communications systems, and ensure that it can be safely and efficiently operated.

Having these abilities can set you up well for employment in the near future, as GSMA Intelligence estimates that an additional 900 million unique mobile subscribers will come online between 2017 and 2025, driving further demand for devices.

The solar industry has grown exponentially this century as the price of panels has fallen and consumers and organizations have looked to move toward more sustainable energy sources. Electrical engineers contribute essential work to the development of solar infrastructure.

The Solar Energy Industries Association estimated that more than 10 gigawatts of solar power were installed in 2018, which is equivalent to almost one-fifth of all solar capacity added up to that point. The favorable economics of solar power together with the desire to move away from fossil fuels should sustain solar-related employment for electrical engineers for a while.

Popular conceptions of robots portray them as humanoid things, for example a robotic butler or soldier. In reality, most robots exist in industrial settings, where they streamline manufacturing processes of many goods.

In 2009, only 60,000 industrial robots were shipped to factories worldwide, according to the International Federation of Robotics. By 2017, that number had increased to 381,000, and it is expected to climb to 630,000 by 2021 as robots become more central to modern manufacturing.

As aircraft are redesigned to be quieter, cleaner and more fuel-efficient, electrical engineering expertise will be in demand. The BLS foresees 6% growth in general aerospace engineer employment from 2016 to 2026.

The autonomous vehicle industry shifted into high gear in the 2010s, spurring tremendous demand for engineers with specialized expertise. In addition to autonomous driving technology itself, automakers also need electrical engineers who can work on the advanced onboard communications and network systems, like the ones that use mobile data networks and GPS.

The UCR MSE is 100% online, with multiple options for start dates along with expedited completion in as few as 13 months. The electrical engineering concentration provides the opportunity to work with expert faculty and complete a capstone project in an area of particular professional and personal interest.

The Future of Smart Grid Technologies

Global Industrial Robot Sales Doubled Over the Past Five Years

Occupational Employment and Wages, May 2018