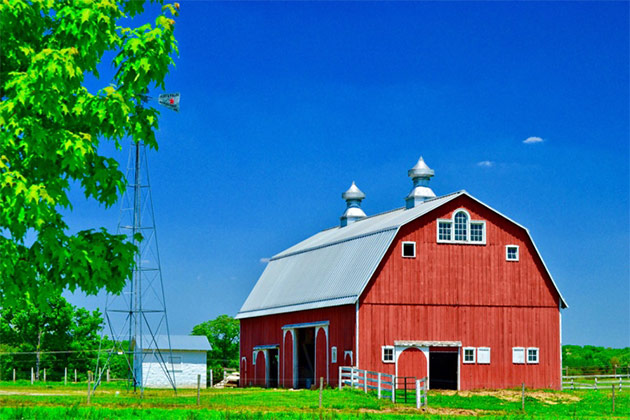 Air pollution is a major risk to human health and prosperity. In 2016, the World Bank estimated that pollution’s worldwide annual toll on welfare – including health expenses and income – was a staggering $5 trillion, or larger than the GDP of Japan that year.

While this figure accounts for sources of both indoor and outdoor pollution, the latter is more concerning at the moment, since it is so intertwined with ongoing rapid economic development in many parts of the world. The World Health Organization (WHO) has projected that 80 percent of the planet’s urban population – mostly in developing regions – lives in cities that do not meet WHO standards for acceptable air quality.

Accordingly, billions of people are at elevated risk of disease and death as a result of heightened intake of particulate matter. Plus, natural disasters like the 2017 California wildfires can trigger rapid deterioration of air quality in regions that were once relatively clean: San Francisco’s air in early October 2017 was more polluted than Beijing’s. More than 5 million people die each year from air pollution-related causes, according to research presented at a 2016 American Association for the Advancement of Science conference.

Up against these challenges, air quality engineers perform the essential work of identifying and containing key atmospheric pollutants in indoor and outdoor environments. Let’s look in greater depth at how they are ensuring a safer environment for everyone.

An air quality engineer typically performs a variety of tasks, which nevertheless fall into a few broad categories:

Across all of these domains, engineers rely upon their extensive backgrounds in chemistry, biology and statistics to inform their decisions. The ultimate goal of their work is to control and ideally reduce pollution, in order to improve public health.

Say a new chemical factory is slated for construction. Early on its life cycle, environmental engineers – including ones specializing in air quality – will play important roles in identifying the types of compounds that will be used in its production processes, as well as the air pollutants materials will generate.

Such analysis is essential to any potential containment of pollution, whether from a factory, a car or another source. It may be supported by statistical models and representations that link pollution levels to specific fuels, contaminants and air patterns, which can in turn be addressed with appropriate technologies and regulations.

For example, air quality modeling was pivotal in the reduction of nitrogen dioxide, which can impair the respiratory system and affect ozone concentrations, in major U.S. metro areas between 2005 and 2011, as charted by NASA. Nitrogen dioxide is produced mostly by automobiles and coal-fired power plants. Air quality engineers have helped reduce its presence by contributing to designs for cleaner engines and power plants and also advocating for standards such as the Cross-State Air Pollution Rule limiting emissions that exacerbate pollution in neighboring states.

Air quality engineers who work in the public sector may be responsible for ensuring compliance with rules and regulations like the Cross-State Air Pollution Rule, at the federal and/or state levels. The comprehensive guidelines provided by the state of Michigan exemplify the common activities that air quality engineers may oversee, such as:

In the private sector, air quality engineers may perform similar tasks. Accordingly, they might check to see if their employers are complying with legally binding regulations and steering clear of the financial penalties and public relations embarrassments. Engineers may also participate in negotiations with regulatory agencies on such issues.

Plus, environmental engineers often visit industrial and municipal sites to measure the success of these air pollution controls and advise on any necessary changes. Their recommendations are rooted in evaluations of scientific evidence, along with applications of engineering methodology and consultation of regulatory guidance. These skills are developed both on the job and in degree-granting engineering programs.

The path to becoming an air quality engineer

Air quality engineers typically have at least a bachelor’s degree that provides sufficient background in science and mathematics in addition to engineering. A master’s degree confers a higher level and greater breadth of such knowledge, enabling air quality engineers to better pursue critical research on the problems and solutions pertaining to air pollution in the 21st century.

You can earn an online master’s in environmental engineering from the University of California, Riverside. With this degree, you will have the theoretical knowledge and practical experience to be well-qualified for in-demand jobs in reducing air pollution. Learn more by visiting the environmental engineering overview page today, where you can also sign up for additional updates.

Bioengineering vs Environmental Engineering: How They Differ

Time, Air Pollution Kills More Than 5 Million People Around the World Every Year

The U.S. Department of Justice, Volkswagen AG Agrees to Plead Guilty and Pay $4.3 Billion in Criminal and Civil Penalties; Six Volkswagen Executives and Employees are Indicted in Connection with Conspiracy to Cheat U.S. Emissions Tests