Learn about working as an aerospace engineer

View all blog posts under Articles 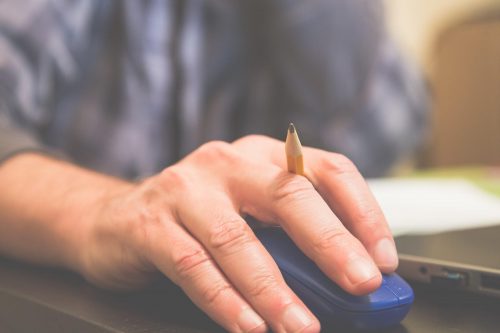 Aircraft and spacecraft support many of the functions of modern life, from air travel to satellite-supported geolocation and imaging services. Aerospace engineers are the professionals who design and test these vehicles, as well as other related technologies, including missiles. They are employed by organizations in both the public and private sectors, being critical to the development of commercial planes and various components of national defense.

This article will cover the qualifications you will need to become an aerospace engineer, the most common aerospace careers in today’s economy, and what you can expect in terms of salary and work environment. We’ll also look at how an online engineering degree from the University of California, Riverside (UCR) can help you pursue aerospace engineering positions. The UCR Master of Science in Engineering (MSE) provides a rigorous and flexible curriculum that can help you master the technical and managerial aspects of engineering today.

How to become an aerospace engineer

Your journey toward aerospace engineering begins with a bachelor’s degree in the field or a related discipline such as physics. Aerospace engineers are expected to possess a range of analytical, mathematical and problem-solving skills, which they can develop through engineering coursework that covers these topics in depth while providing opportunities to apply them in the real world.

It is common for aerospace engineering jobs, especially at the entry level, to require only a Bachelor of Science in Engineering or similar bachelor’s. However, earning a master’s degree can be beneficial in terms of the increased salary potential, a wider network of professional contacts, and more in-depth study in a particular area of interest.

The U.S. Bureau of Labor Statistics (BLS) has compiled data on how graduate degrees affect earnings. Engineering is both one of the most popular fields in which to earn a master’s degree and one where the additional expertise pays off. According to the BLS, some engineers earn anywhere from 9 to 13 percent more per year than their counterparts with only a bachelor’s degree.

Master’s programs such as the UCR MSE build the additional skills that pay off in these advanced roles in field such as aerospace engineering. Students can choose from multiple specialization tracks, including mechanical, electrical, and nanotechnology engineering, that correspond to their interests while also shoring up their overall competencies through the program core.

All UCR MSE candidates will complete four required courses — Engineering in the Global Environment, Technology Innovation and Strategy for Engineers, Introduction to Systems Engineering and Principles of Engineering Management — that ensure students are experts on current engineering practices and approaches to leadership. Both the core and the specialization electives can be completed online, as can the capstone courses that empower UCR MSE students to undertake a major research initiative.

What do aerospace engineers do?

Although their work is highly specialized, at a basic level aerospace engineers perform many comparable functions to mechanical and electrical engineers in particular, namely the design and testing of complex systems. Common responsibilities for an aerospace-related role include:

The current salary and employment outlook for aerospace engineers

In May 2017, the median annual pay for aerospace engineers was $113,030, which is well above the national average wage of $50,321 calculated by the Social Security Administration that same year. Their compensation is also considerably higher than that for all engineers, which the BLS calculated at $92,220.

Pay varies by industry. Engineers employed in research and development departments in the engineering, life and physical sciences sectors had a median wage of more than $120,000, while those involved in aerospace product and parts manufacturing — the largest source of aerospace engineer employment, at 38 percent of all positions in 2016 — earned a bit over $112,000.

Aerospace engineers held slightly under 70,000 positions that year. The BLS estimates 6 percent growth in their total employment between 2016 and 2026, which is about as fast as average for all occupations. There are several important drivers of aerospace engineering growth going forward. First, space exploration is branching out beyond its traditional niche in government agencies such as NASA. Endeavors such as space tourism will only be possible through the work of aerospace engineers. Second, aircraft will continually be redesigned and optimized to become more fuel-efficient, a key improvement in light of growing awareness of how much aviation contributes to greenhouse emissions.

Overall, the aerospace engineering profession has a bright future. To learn more about how you can explore a career in this field, visit the main UCR MSE page, where you can complete our simple questionnaire to receive a program brochure with additional details and course information.

5 engineering career paths of the future

Should I get a master’s degree?