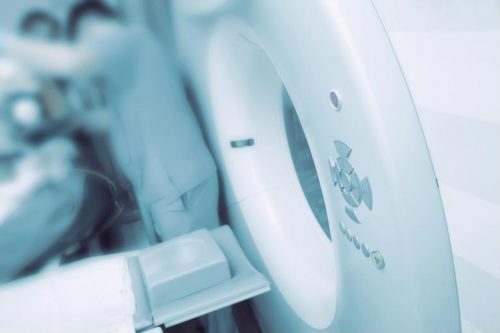 The answer is largely in the eye of the beholder, but for many people, it’s one that is professionally rewarding and offers a high annual salary.

The medical field blends the best of both worlds. Year after year, when reports on the highest-paying occupations are released, the health care industry – which encompasses medical and biological disciplines – is routinely at the top of the list.

However, considering the fact that health care represents approximately one-sixth of the United States’ economy, there are a host of potential branches of medicine to consider.

One of the more popular career arcs that more people are pursuing is bioengineering. Biomedical engineers work for a variety of employers, including colleges and universities, pharmaceutical manufacturers, engineering and life sciences firms, companies in research and development, as well as medical devices and supplies manufacturing organizations. Their skills are in high demand because their experience combines the technical know-how that engineers are known for, with the expertise, professionalism and capabilities medical researchers bring to the table.

What’s more, the average bioengineering salary is quite lucrative – even at entry level. With an online Master of Science in Engineering with a specialization in Bioengineering through the University of California, Riverside, you can set yourself up for success in this branch of health care and find a high-paying position upon graduation, as the job outlook for biomedical engineering is better than the national average. Indeed, according to the U.S. Bureau of Labor Statistics, an estimated 20,000 new biomedical engineering jobs are poised to open up between 2016 and 2026 nationwide.

All this being said, the question remains: What is the typical bioengineering salary like in terms of actual numbers?

What do bioengineers do?

Before answering the bioengineer salary question, it’s helpful to get a better understanding of what bioengineers’ work is like. The Bureau of Labor Statistics effectively summarizes what they do on a day-to-day basis. In general, bioengineers design, install, evaluate and create the machines and medical devices that physicians use to treat and diagnose patients. Because so much of their expertise involves biomechanics, they must be proficient in mechanical engineering. Several of the classes in the online Master of Science in Engineering program revolve around the branch of study, including Introduction to Microelectromechanical Systems, Sustainable Product Design as well as Design and Analysis of Engineering Experiments, each of which is a four credit-hour course. As you’ll discover, many of the courses within bioengineering have some overlap with similar branches, such as environmental engineering.

Despite being different professions, each uses many of the same problem-solving skills to achieve results, with the ultimate goal of bettering the public’s overall health and well-being through the use of state-of-the-art equipment, software and intelligent devices. Their capabilities in these capacities – in addition to their expertise obtained through schooling and on-the-job experience – are among the main reasons why bioengineers, in particular, are so well compensated.

How long does it take to get a biomedical engineering degree?

Most roles in health care require several years of schooling. Medical scientists are a classic example, who typically need a medical degree in addition to their undergraduate. The role of bioengineer is a rare exception. A bachelor’s degree is the typical level of education needed for entry-level professionals. However, a number of biomedical engineering jobs require a master’s degree.

Although there are always exceptions, the more education you obtain, the higher the potential reward. Among all professions, individuals with a professional degree in 2017 had an average salary that paid approximately $700 more per week than those with only a bachelor’s degree, according to the most recent statistics available from the Bureau of Labor Statistics. Those with a master’s degree earned roughly $300 more.

How much does the average bioengineer make?

All this being said, what can you expect to earn with a bioengineering salary? As is so often the case, it depends on several factors, including who you ask, the type of bioengineer job that’s available, location and years of experience.

For instance, in 2018, the median bioengineer salary was $88,550 per year, according to BLS analysis. That translates to an hourly rate of roughly $42.50.

Speak to bioengineers in research and development, though, and they may tell you a different salary story. In May 2018 – the most recent month for which complete government data was available – bioengineers earned a median of $93,250. Those in medical equipment and supplies manufacturing made less at $83,450 per year, with biomedical engineers employed at colleges, universities and other academic institutions earning $69,100. That is still higher than what the average household receives in annual wages.

Meanwhile, bioengineers in navigational, measuring, electromedical and control instruments manufacturing saw the highest annual wages in 2018. The median was $101,960.

Overall – meaning biomedical engineers, in general – the top 10% earned $144,350 annually, BLS data showed. In short, a six-figure salary is more than possible – it’s probable. The more years of experience you have, the greater the likelihood of a high-paying job.

Other highly respected organizations and publications corroborate BLS’ facts and figures. The American Institute for Medical and Biomedical Engineering says bioengineers in research and development currently make the most on average at nearly $102,600. The typical bioengineering salary in pharmaceuticals is roughly $98,610 and $95,000 in medical equipment manufacturing.

As previously referenced, where a job may open in biomedical engineering in the U.S. can also influence actual earnings. According to the Economic Research Institute, in Pittsburgh, Pennsylvania, the average is $124,000, and nearby Columbus, the typical bioengineering salary is $146,000.

Meanwhile, in Massachusetts’ capital city of Boston, bioengineers earn $146,000 annually. Bioengineering salary levels are influenced by demand, the nature of the job and cost of living, among other factors.

The same goes for countries. While U.S.-based bioengineering salary levels are generally the most lucrative, others include Japan ($92,956 per year), Switzerland ($93,575) and Australia ($87,650), based on figures compiled by ERI.

These figures are all related to what the bioengineer salary is today. But what about tomorrow, meaning several years from now? Earnings are expected to surge, potentially by as much as 16% over a five-year period. Specifically, by 2024, the estimated salary could top $146,800, according to ERI.

Is bioengineering a good career?

If you have a passion for medicine but also enjoy the tasks that electronics engineers engage in, biomedical engineering is the perfect combination. It is a multidisciplinary profession that allows you to work in many different capacities toward the common goal of helping people experience longer more fulfilling lives. Whether it is the electrical circuitry that runs medical equipment or designing prosthetics that replace limbs, a biomedical engineering career is richly rewarding – in more ways than one.

All this and much more is possible with an online Master’s in Engineering degree from UC Riverside. Enjoy the flexibility of making your own schedule by completing the program entirely online; you don’t need to live in California to do so. Better yet, the curriculum is custom designed with your busy schedule in mind, enabling you to complete and receive your diploma in 13 months’ time.

What You Need to Know about The Environmental Engineering Field

Bioengineering vs Environmental Engineering: How They Differ

BLS – Measuring the value of education