6 Types of Engineering Jobs Attainable with a Master’s 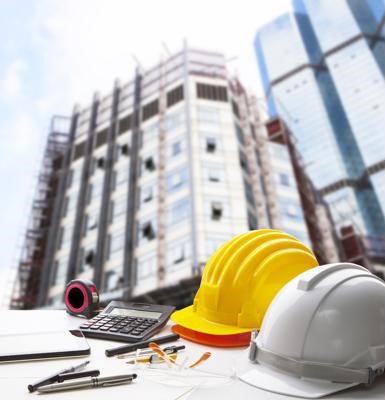 As a graduate of an online engineering degree program, you have the technical skills necessary for designing and developing a wide variety of possible systems and devices, across many types of engineering jobs. The specific area in which you will eventually specialize will depend on your own interests as well as the particular degree you hold.

A master’s degree from the online Master of Science in Engineering (MSE) program at the University of California, Irvine (UCR) gives you an advanced credential with plenty of room to concentrate on the engineering field you’re most passionate about. The UCR MSE features the following specialization options:

Not all fields and types of engineering jobs are in equal demand at any given moment. The average compensation for and number of available positions will vary over time, based on the makeup of the labor force and the level of demand from certain industries. Let’s dive deeper into a few major engineering job categories to see which career options might make the most sense in 2019 and beyond.

This engineering domain involves work on healthcare-related products, including medical equipment and devices, along with industry-specific software and IT infrastructure. It is ideal for engineers with backgrounds in the life sciences, interests and/or experience in the healthcare industry, and aspiring managers.

The U.S. Bureau of Labor Statistics (BLS) maintains numbers on multiple professions open to engineers with biomedical training. These jobs are relatively high-paying and in demand:

Other common and similar roles for bioengineers include pharmaceutical engineer, biophysicist, and biochemist. The latter two, grouped together by the BLS, had median pay above $92,000 in 2018 and expected employment growth of 11% for the 2016-2026 period.

Today’s mechanical engineers wear many hats. They build and design everything from home refrigeration and air conditioning systems to internal combustion engines, steam turbines, and electric generators. While mechanical engineering is one of the oldest specialties in the field, expertise in it will continue to be in demand, with numerous types of jobs potentially available to UCR MSE graduates with a mechanical engineering background.

The BLS expects 9% growth across all mechanical engineering positions from 2016 to 2026, which is right in line with the expected expansion for all professions. In 2018, mechanical engineers had median annual compensation of $87,370, which is well above the national median salary.

Many specialized engineering positions incorporate mechanical engineering principles as well. For example, nuclear and petroleum engineers both perform broadly similar tasks, albeit targeted toward the specific ends of nuclear energy and oil and gas extraction, respectively. Both of these job types have exceptionally high compensation, at more than $100,000 apiece. Petroleum engineers could see 15% growth in total employment from 2016 to 2026, but nuclear engineer jobs are expected to expand at only 4%.

Electrical and electronics engineers perform the vital work of designing, producing, and testing the systems that enable products such as consumer electronics, electric motors, and various communications and navigation systems. Traditional electrical engineers work mostly on the applications of electrical power within products, while electronics engineers are more narrowly focused on electronic components and accompanying software.

The job responsibilities and requirements of these professions bear some similarity to those for aerospace engineering and the previously discussed biomedical engineering. Aerospace engineers spent their time with aircraft and spacecraft, plus possibly other vehicles such missiles and satellites. They design and develop these items and are involved hands-on in their industrial manufacturing processes. Aerospace engineers earned median pay of $115,220 in 2018 and had expected growth of 6% from 2016 to 2026.

In 2018, environmental engineers had median pay of $87,620 per year. Eight percent growth is expected in their employment between 2016 and 2026. Engineers with a background in environmental issues might also consider a career as a civil engineer.

Civil engineers had virtually the same 2018 median compensation as environmental engineers, but a faster growth outlook at 11%. These engineers work mostly on infrastructure projects such as roads, dams, and bridges.

Software has been one of the top areas for venture capital investment for decades. Moreover, its far-reaching effects on daily life have put software engineering expertise in high demand. Indeed, the BLS foresees an incredible 24% growth in software developer positions from 2016 to 2026, with median compensation above $100,000.

Within software engineering, there are many specialties and related professions, including computer and information research scientists – the BLS’ closest equivalent for data scientists. These professionals collect and analyze data for purposes including the improvement of software development and better understanding of trends within a business. The UCR MSE data science track covers the relevant subject matter expertise for entering this field.

To learn more about how to get started with any of the UCR MSE specialities that can lead to the positions discussed above, be sure to visit our main program overview page.