Using your engineering expertise for a career in solar power 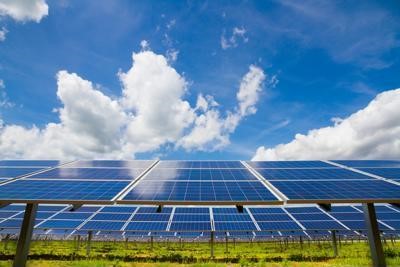 As a source of energy, the sun has no rivals; in just one hour, it produces far more power than the entire U.S. consumes in a year. Harnessing just a small amount of this output via solar panels is integral to putting electrical grids everywhere onto more sustainable footing. A landmark 2018 report from the United Nations predicted dire consequences from climate change if greenhouse gas emissions weren’t dramatically cut by 2030. Increased investment in solar infrastructure will help support this transition.

Most solar panels in existence were deployed in just the past decade. According to the Solar Energy Industries Association, annual installed capacity went from virtually zero in the late 2000s to a peak of more than 14,000 gigawatts by 2016. The surge in deployments has predictably fueled a long-term uptick in solar power jobs. A Solar Foundation report estimated that almost a quarter of a million people were employed in solar-related jobs in 2018, with states including Florida and Illinois seeing more than 20% year-over-year growth.

However, the momentum for solar jobs overall has stalled a bit in the late 2010s as the industry has matured and tariffs have affected global trade. The silver lining is that a vast range of occupations, from chemist to electrical engineer, exist in the solar industry, meaning that the total number of solar-adjacent jobs is likely far larger than the Solar Foundation’s numbers. With an advanced STEM degree — such as a Master of Science in Engineering (MSE) from the University of California, Riverside (UCR) — you can pursue a position in solar power. Let’s look at a few career options that could be open to you.

Solar panels have become much more efficient and less expensive to produce over the past few decades. A lot of those gains are attributable to the work of industrial engineers, who oversee both the technologies and processes that go into manufacturing high-quality solar components.

Compared to other engineering professions, industrial engineering has a strong growth outlook. The U.S. Bureau of Labor Statistics (BLS) projects 10% expansion in total employment from 2016 to 2026, which is faster than the average for all professions. In 2018, industrial engineers had median annual pay of more than $87,000, an amount that is comfortably above the national median yearly compensation.

Both of these occupations focus on the granular details of developing superior materials for solar components and applications. For example, a chemist might research and test new designs for solar cells, based on their knowledge of organic materials and semiconductors. Most solar cells are made from crystalline silicon, thin film materials (like cadmium telluride) or organometallic compounds.

Materials scientists perform similar work. By researching the structures and properties of different materials, they aim to find the ones that will help increase solar panel efficiency and also meet any aesthetic preferences and space constraints associated with solar projects. Most solar panels could achieve between 15% and 22% efficiency as of 2019, potentially leaving a lot of room for improvement.

The BLS groups chemists and material scientists together. It predicts 7% growth in their positions from 2016 to 2026, about as fast as the average for all occupations. Median pay for these professions was just over $78,000 in 2018. At UCR, you can specialize in nanomaterials to gain critical expertise and relevant experience for pursuing a career in chemistry or materials science.

Solar panel manufacturing is a highly automated and streamlined process, which helps to ensure adequate supply as demand continually ramps up. Mechanical engineers contribute to this efficiency through their work on all aspects of the machines and tools that support automated production.

For example, a mechanical engineer would likely direct the research, development and testing of essential industrial components like the machines that cut silicon wafers, shape them into solar cells and then assemble those cells into a working panel. Beyond solar-specific infrastructure, a mechanical engineer might also oversee the development of electric generators and the other energy-related components integral to solar power plants.

The inverters in solar panels are sometimes characterized as the brains of solar power generation, since they convert the direct current from the panel into alternating current that’s usable by the electrical grid or an off-grid site. Electrical engineers design, develop and test these components as well as others that enable the conversion of the sun’s rays into electricity.

Electrical engineers have decent growth prospects in the near term. The BLS estimates 7% growth between 2016 and 2026. Median pay for electrical and electronics engineers was $99,070 in 2018, higher than any of the other engineering professions examined so far. As a student in the UCR MSE program, you would have the option to specialize in electrical engineering.

Take the next steps in your engineering career

The UCR MSE is 100% online (no required residency) and can be completed in as few as 13 months. After graduating, you will have a credential that can help you enter the solar power industry or advance your position within it. To learn more, visit the main program page, where you can download a copy of our free brochure.

How much power does the sun give us?

Energy from the sun

How Efficient are Solar Panels?