What is Water Resources Engineering? 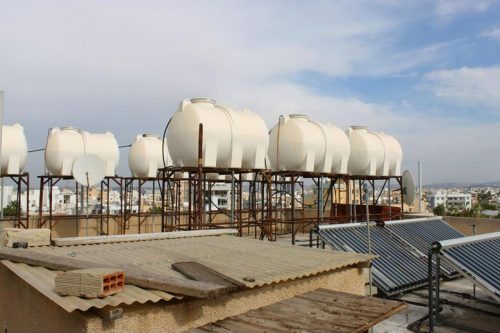 An online Master of Science in Engineering at the University of California, Riverside is a first- class ticket to opportunity. Featuring a wide variety of specializations – such as chemical, data science, materials at the nanoscale and environmental – this program allows you to hone your learning outcomes so they fit with what you’re most interested in and the field you’d like to enter or further upon completion.

Those with water resources engineering jobs play a uniquely important role in the preservation and furtherance of Earth’s most abundant resource. Approximately three-quarters of the planet is covered with water, according to most estimates. It’s a good thing that this is the case considering it’s something that all living beings – humans, animals and plants – depend on in order to survive.

That said, you may be wondering what, exactly, water resource engineers actually do. The following will provide more specifics about this branch of environmental engineering so you can decide if water engineering is an emphasis that you’d like to pursue as a career.

What is water resources engineering all about?

Water resources engineering is the study and management of equipment, facilities and techniques that are used to manage and preserve life’s most plentiful resource. In addition to assessing how and the best ways in which to control water as it pertains to water-related activities – such as irrigation, waste disposal and canal development – water resource engineers are also frequently involved in water management to ensure that it’s safe to drink both for humans, plants and animal usage. As previously referenced, surface water makes up about 71% of the planet, which is the equivalent of roughly 326 million cubic miles. At the same time, though, just 3% of the Earth’s water is fresh, according to the Bureau of Reclamation. And of this total, 2.5% of it is out of reach, contained in the soil, polar ice caps, the atmosphere and glaciers or too polluted to use safely.

Water resource engineers may be tasked with the awesome responsibility of ensuring that the planning and management of available water supply are adequately leveraged and remain safe to use for as long as possible. They may also be involved in water treatment so that the quality of water is improved upon for various end uses, whether that’s recreationally, commercially or industrially.

Why is water resources engineering important?

Resources, by their very nature, are finite. There are only a small handful that are naturally renewable – such as wind, solar, hydro and biomass. While water may be renewable in terms of the many different ways it can be used and reused, it’s not as abundant as it once was, which many earth scientists and climatologists point to as a function of climate change.

The Bureau of Reclamation provides some perspective as to just how limited this resource is in terms of usability, despite its vastness. If the world’s water supply were roughly 26 gallons, the amount of freshwater available for safe usage would be the equivalent to 0.003 liters. That’s equal to roughly a half-teaspoon.

Water resource engineers may be charged with developing new systems or processes for private or government entities that can preserve freshwater sources and find new ones. This may require the assistance of civil engineers involved as well, designing water purification methods through desalination or creating new equipment for contaminant transport when water is used for irrigation purposes. Understanding what works and what doesn’t when it comes to water resource management is often a combined effort and may involve a number of different analyses, including hydrologic, which is the study of the water cycle and directions in which it flows, which may be influenced by weather and other environmental forces.

How much does a water engineer earn?

Like most other professions, the average water engineer salary is largely a function of how much experience they have and their level of education. At a bare minimum, most water resource engineering jobs require a bachelor’s degree. The more experience you have, such as a master’s degree in environmental engineering, the more you stand to earn. According to the most recent figures available from the Bureau of Labor Statistics, professionals in environmental engineering typically make approximately $87,600, which was the median in 2018. However, the top 10% earned nearly $137,100 and were generally employed by the federal government.

Are there disciplines within water engineering?

Just as there are many branches of environmental engineering, the same is true for water engineering. One of which is wastewater engineering. As its title implies, engineers in this role are responsible for performing activities that can more effectively manage or safely transport water that is no longer usable. This may involve wastewater treatment and detecting the degree to which water is polluted via remote sensing. Wastewater engineers may also provide insight to businesses or government entities on how to better clean or channel wastewater away from sources like rivers and estuaries so they don’t become contaminated.

Whether you’re looking to enter water resource engineering as a new career or improve upon the skills you already have, the UC Riverside online Master of Engineering program can help you grow. In as little as 13 months, you can take your professional capabilities and earning potential to new heights. Apply now to learn more.

What You Need to Know about The Environmental Engineering Field

Bioengineering vs. Environmental Engineering: How They Differ