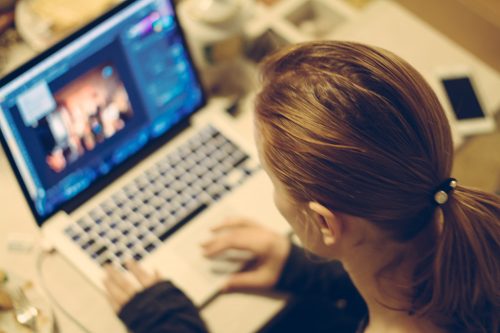 Compared with more traditional communications channels such as phone calls and email, social media generates a much greater amount of data. For social media managers and data scientists, campaigns on platforms such as Facebook, YouTube or Twitter yield extensive feedback on everything from how many people saw a specific post to the number of clicks on an included link. Meanwhile, social media users themselves frequently disclose numerous details about their activities and biographies that they wouldn’t volunteer on other channels.

The data deluge of social media can be challenging for marketing and communications teams to manage. While it provides granular insights into the performance of a campaign as well as what platform users are interested in, they can also seem overwhelming, giving the feeling that there’s too much information to sort through and transform into actionable analytics. This is where data scientists enter the picture.

These professionals build and implement the scalable processes that power modern social media marketing. From A/B tests — i.e., presenting select user groups with different versions of a page or interface to compare their reactions — to selecting the right social platform and media types to reach the desired users, data scientists perform much of the behind-the-scenes work that supports the success of social-oriented campaigns.

An important part of a data scientist’s job is creating and tracking the key performance indicators (KPIs) that are relevant to their organization’s stakeholders and end users. When it comes to social media data, there is no shortage of KPIs that could potentially make sense to set as benchmarks for organizational performance. In this post, we’ll look at a few that frequently come into play and which you should know about as a current or aspiring data scientist pursuing your Master of Science in Engineering (MSE).

Overview of KPIs with examples

A KPI is like a letter grade — it gives you an idea of how well you’re doing compared to a clear standard. Social media campaigns can be evaluated against many possible KPIs, which vary depending on the network(s) in question, the size and cost of the campaign, and the targeted audiences. Here are a few to keep in mind:

You will most likely hear this term in the context of advertising. An impression is simply an instance in which an ad or sponsored post appeared in someone’s social feed. As a KPI, its uses are somewhat limited, since it’s only a measure of how many people might potentially engage with a social campaign. It doesn’t indicate that any action was taken.

At some point in the 2010s, many Twitter users who saw their tweets suddenly go viral and receive tons of reply would proclaim “R.I.P. my mentions!” as they struggled to keep up with the suddenly high engagement. For organizations, mentions provide a good gauge of both their potential reach and the current sentiment about their activities.

Inbound marketing, which involves attracting customers via carefully crafted content and media presence, is much more efficient than the cold-calling of outbound marketing. To make it work, a company needs a link-building strategy that will boost domain authority, making its online properties more discoverable and reputable. The number of inbound links to a site across social media is a good sign of how well communications such as thought leadership and product announcements are received.

Marketing isn’t just about getting a message out, of course — it’s also about driving sales and engagement. Conversions quantify the number of times that someone went from seeing a message or post on social media to actually taking action, i.e., converting. Buying is the activity most closely associated with conversion tracking, but it’s far from the only one. A social media and data science team might also look at webinar registrations, account setups, product trial downloads and similar activities.

Video ads really came into their own in the 2010s, becoming fixtures of Facebook, Instagram, YouTube and countless websites. Video completion rate — with the apt acronym of VCR, like the legacy tape videotape recording and playing device — measures what share of video ad impressions were played all the way through. This KPI helps inform video production and targeting.

Social media accounts are usually free, but reaching users on them at scale definitely is not. In addition to the direct expense of running ads and promotions, there is the cost in time and effort from staff like data scientists. The cost per lead KPI reveals whether a current campaign strategy is sustainable and where improvements might be made.

Preparing for a career as a data scientist with an MSE

Data scientist is an in-demand role. The U.S. Bureau of Labor Statistics predicts 19 percent growth in total employment of computer and information research scientists from 2016 to 2026. You can prepare for a rewarding role in this field by earning an online MSE with a specialization in data science from the University of California, Riverside (UCR).

As a data science student, you’ll learn about central practices including data mining, information retrieval, web search, applied machine learning and data visualization. These techniques are useful in understanding social media activity and measuring it against KPIs. You will also complete four core courses that provide wide-ranging background in modern engineering practice. At the end of the MSE program, you can emerge with a combination of technical and managerial skills necessary for leading and succeeding within a team of engineers.

To learn more, take a look at the data science specialization page. You can also return to the main MSE page, where you can answer a few questions to receive a free copy of our program brochure with additional information.

Leveraging Data in your Engineering Career

3 Ways to Apply Data Science to Your Social Media