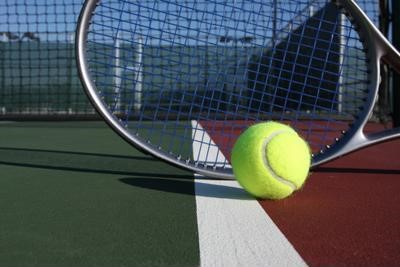 Nanoengineering is the engineering field focused on the study, development and refinement of materials at a very small scale. It can be thought of as the practical application of nanoscience, similar to how mechanical engineering applies the principles of physics. The word “nano” is derived from a Greek word meaning “dwarf” and denotes one one-billionth (i.e., 10^-9) of the the unit in question. For context, a human is almost one hundred thousand nanometers wide and a strand of DNA is typically less than three nanometers in diameter.

A man-made product that small — tinier even than a bacterium — might not seem like it would be substantial or strong enough to make any difference in the real world. However, like the similarly nanoscale DNA strands noted above, nanomaterials deployed en masse have a profound effect. A vast range of products, from tennis rackets to antibacterial bandages, incorporate nanomaterials. Nanoenginners direct the manufacturing of these nanomaterials via multiple techniques such as electron beam lithography and micromachining.

With an online engineering degree from the University of California, Riverside (UCR), you can develop the technical and managerial skills necessary for leading a team of nanoengineers. The UCR Master of Science in Engineering (MSE) track includes a specialization option in materials at the nanoscale, which features four courses that explore current topics in the field in-depth. Graduating with a nanoengineering master’s can help in the pursuit of in-demand careers such as medical scientist, materials scientist and chemist, in addition to ones in nanoengineering proper.

A look at the common materials used by nanoengineers

A nanoengineer’s work can be highly varied, but will typically revolve around the development of nanomaterials. Examples include carbon nanotubes, nanocomposites and quantum dots. Let’s look at each in more detail to understand what nanoengineers regularly produce on the job.

These cylindrical molecules consist of hexagonal arrangements of carbon atoms, made from rolled-up graphene. They have excellent tensile strength and thermal conductivity while also being incredibly lightweight.

Current applications for carbon nanotubes include using them as additives in epoxy to create a stronger adhesive and incorporating them into bicycle parts for greater durability. Hypothetical applications range from possible use in lithium-ion batteries to improve their cyclability (i.e., they could be recharged more times without noticeable degradation of their capacity) to use in water treatment systems for more efficient capture of certain contaminants.

A nanocomposite is formed by adding nanoparticles to a solid to create a multiphase material with greater durability and flexibility. Integrating carbon nanotubes into a manufacturing process is a prominent example, but there are many other possibilities, including conductive polymers and fluorescent-magnetic composites.

In 2004, a material marketed as Metal Rubber demonstrated the potential to combine the best aspects of metal and rubber. It could be stretched to several times its original length while still retaining the conductivity of steel. Similar polymers have also been proposed for use in windmill blades with higher strength-to-weight ratios and in scaffolding that could help broken bones heal faster.

A quantum dot is a nanoscale semiconductor with distinctive optical and electronic characteristics. In practice, they are often used to emit specific colors in devices such as LCD TVs, in which case they’re rolled into film sheets that are included in the set’s display.

With quantum dots in place, a TV wastes less light. The quantum dots purify the colors and lessen the amount of light that is unusable by the device’s color filters, resulting in better electrical efficiency and superior picture quality. Quantum dots can also be built into LCDs without needing to overhaul the common LCD fabrication process.

In addition to researching, formulating, testing, developing and improving the materials above and many others, nanoengineers also perform tasks such as:

The U.S. Bureau of Labor Statistics (BLS) does not maintain an occupational listing specifically for nanoengineers. The closest analog is probably the one for chemists and material scientists. Total employment of these professionals is expected to increase 7% from 2016 to 2026, or about as fast as the average for all professions. Median annual pay was $78,330 in 2018.

Demand for new materials in sectors such as electronics, transportation and medicine is expected to drive the growth of material scientist jobs in the near term. For chemists, interest in more environmentally friendly compounds as well as substances for modern pharmaceuticals should sustain demand for the foreseeable future.

How the UCR MSE can prepare you for a nanoengineering career

Upon graduating from the UCR MSE, you will have the necessary expertise to pursue roles such as nanoengineer, medical scientist and chemist. The program’s rigorous curriculum features the nanoengineering-specific classes Thermodynamic Foundations of Materials, Crystal Structure and Bonding, Nanoscale Science and Engineering and Introduction to Microelectromechanical Systems.

Completion is possible in only 13 months and all coursework is done online, with no required residency. Many UCR graduates choose to seek careers in California afterward, especially in the Inland Empire region — 80% of alums find their initial jobs in the Golden State, and 60% of them in Southern California. The state’s highly diversified industries make it an appealing environment in which to look for engineering jobs.

To learn more about the UCR MSE and how it can help you explore a career in nanoengineering, visit the main program overview page today.

3 Nanotechnology Innovations on The Horizon

What You Can Learn in Materials at The Nanoscale

What are quantum dots, and why do I want them in my TV?

Nanocomposites, their Uses and Applications