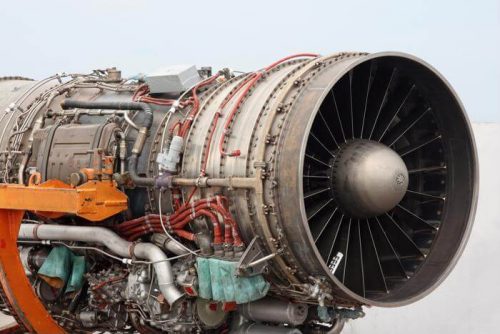 If engineering is your passion, but you are still contemplating which specialization to pursue, mechanical engineering may be the path for you. Beyond the fact that mechanical engineers have exciting jobs that enable them to work with cutting-edge technology, there are a plethora of jobs to choose from. Many large companies have an ongoing need for engineering services. Some of these employers are mechanical engineering companies, but businesses in a variety of industries actively recruit these workers, including information technology, consumer electronics, arts and entertainment and the federal government.

You can maximize your career options with an online Master of Science in Engineering from the University of California Riverside. In as little as 13 weeks, you can obtain the technical skills, proficiency and expertise that employers large and small seek to fill top mechanical engineering positions. In these roles, you may develop and test machines for the Department of Energy, investigate equipment failures on behalf of the Consumer Product Safety Commission or oversee projects for any number of technology companies in the U.S. or abroad.

From computers to electronics to transportation equipment, mechanical engineering services are found in many capacities. These are some of the things you’ll discover as an online master’s engineering student at UC Riverside. Our award-winning curriculum – recognized by U.S. News & World Report and Victoria Media, among others – can potentially help you get your foot in the door qualify you at many of the best companies for mechanical engineers.

Where can mechanical engineers work?

Before getting into the specifics on a few of the highly respected firms in which mechanical engineers work, you may be surprised by the number of jobs that currently exist – in the U.S. alone. According to the most recent figures available from the Bureau of Labor Statistics, there were 312,900 mechanical engineers gainfully employed in 2018. Come 2028, that total is projected to jump to 325,700, which is a growth rate of roughly 4%.

How much do mechanical engineers make?

Yet just because there are many of them does not make their talents any less valuable. They must possess a balance of hard and soft skills and be proficient in mathematics, particularly subject material like statistics, physics and calculus.

These skill sets and understandings enable them to perform a litany of tasks, be it in civil engineering research and development or designing prototypes for robotics. Additionally, if mechanical engineers sell their services or are self-employed, they may need special certification and licensing.

Their hard work and expertise pays off, though. According to the BLS, the median annual wage in 2019 for this profession nationally was approximately $88,430, more than double the median salary among all occupations ($39,810) and considerably higher than the household income of $61,937, based on estimates from the Census Bureau.

In some states, however, mechanical engineers stand to earn more. Their annual mean wage in California last year, for example, was $107,920, the highest in the nation. Texas is another state in which these engineers frequently earn six-figure salaries ($102,980). Mechanical engineering companies and employers with open engineering jobs may not offer these amounts for entry level positions. Generally speaking, compensation packages tend to vary depending on work experience, the economy as well as supply and demand.

What are a few good mechanical engineering companies?

Lockheed Martin. Boeing. General Electric. National Aeronautics and Space Administration. While these entities may not all meet the standard definition of “mechanical engineering companies,” they’re routinely pointed to by industry experts, publications and job search websites as organizations that job hunting mechanical engineers would be wise to consider as a potential place of employment.

Here is some more background information on what makes these companies special, as well as details on a few other firms you may want to apply to when the opportunity arises.

Few organizations are more well-known or prestigious than the National Aeronautics and Space Administration. With headquarters in the nation’s capital, NASA launched in 1958 and just over a decade later, helped the U.S. become the very first nation whose astronauts landed on the surface of the moon.

These earth-shattering accomplishments wouldn’t be possible without mechanical engineers. Both then and today, mechanical engineers work in a collaborative fashion with rocket scientists and aeronautical experts in the development of shuttles, roving equipment and state-of-the-art technology that contribute to a better understanding of the universe. In a survey conducted by Universum that questioned nearly 9,800 engineering students about what companies they would most want to work for, almost 20% pointed to NASA, making it the top pick.

With an employment base of over 161,100 people and a multinational presence, Boeing is one of the largest companies in the world. Headquartered in Chicago, this aerospace company is the main producer of the globe’s airplanes, responsible for an estimated 75% of planes in the air, according to the company’s website. Aside from the great pay and benefits Boeing is known for, employees have good things to say about the work environment, according to Glassdoor. Additionally, more than 8 in 10 respondents who work or worked for the company said they approved of the leadership at Boeing.

An entire webpage at Boeing’s official website is dedicated to mechanical and structural engineering, which speaks to the company’s ongoing need for those who specialize in the discipline.

When the Lockheed Corporation merged with Martin Marietta in 1995, Lockheed Martin was born. With corporate headquarters stationed in North Bethesda, Maryland, this aerospace and defense company employs more than 110,000 people, many of whom are engineers. It’s ongoing need for engineers is, in part, attributable to the U.S. defense budget, as the company produces radar systems, missiles, aircraft and combat gear for branches of the armed forces. According to Glassdoor, Lockheed Martin is in the midst of a hiring surge. As of May 16, there were numerous openings for mechanical engineers around the country in places like Baltimore, Orlando, and Aurora, Colorado. Salaries range from a low of $43,000 to a high of $150,000. Lockheed Martin is routinely listed as a highly attractive employer among engineering students in polling done by Universum.

Located in Boston, General Electric is one of the largest companies on earth, boasting an employment base of more than 205,000 and revenues that put it on the Fortune 500 list. It is involved in many different aspects of the world economy, including renewable energy, health care, aviation, lighting and additive manufacturing. Mechanical engineers are a near constant need, according to Glassdoor’s most recent job listing data.

“Everyone in the building was a subject matter expert at whatever it was they were doing,” a GE employee wrote in a review. “Fascinating work on cutting-edge technologies.”

Affectionately known as the “happiest place on earth,” Walt Disney is a behemoth in the arts, entertainment and attractions industry, with parks like Walt Disney World and Disneyland located on the east and west coasts, respectively. The rides there may not be as enjoyable were it not for the mechanical engineers who design, develop and test them. According to Brown Technical, Walt Disney Corporation offers generous compensation packages and is also an employer people can see themselves working at. It was listed No. 8 in Universum’s list of the world’s most enticing employers for students enrolled in engineering academic programs.

One of the “Big Three” automakers in America, Ford Motor Company is arguably the most well-known car manufacturers of them all with a significant presence, selling over 17 million vehicles in the U.S. in 2019 alone, according to The Detroit News. Ford is also a major employer for engineers of all types, including mechanical engineers but also electrical engineers. The likes of Glassdoor, Monster.com and Career Builder routinely list job openings available at Ford, which is headquartered in Detroit. As of May 15, a mechanical engineering position was available in Sunrise, Florida, with an estimated pay range between $71,000 and $92,000.

Polling shows environmental sustainability is a major concern for many Americans, as a depletion of natural resources is an ongoing problem that necessitates alternative energy sources. The Department of Energy, a federal organization headquartered in Washington, D.C. is constantly researching and testing solar, wind and geothermal systems and rely on mechanical engineers to help them with designing and development.

Engineering students polled by Universum say the DOE is a place they’d like to work at, with 7% of respondents indicating as much in a field of 100, making it the 9th most attractive.

Few companies have so fundamentally altered society quite like Google. Relatively unknown as recently as 2000, the multinational, Mountain View, California-based tech giant is far and away the largest internet search engine and a major employer, with over 114,000 staff on its payroll, surpassing the 100,000 milestone in 2019, CNBC reported.

Mechanical engineers at the conglomerate – who produce, test and develop advanced computer hardware and software – have good things to say about Google, which is owned by Alphabet.

“You can’t find a more well-regarded company that actually deserves the hype it gets,” an employee wrote at Glassdoor. “You’ll work on cutting-edge projects and solve important issues that impact your community and the world. You’ll meet interesting people who are your colleagues, managers and senior management.”

Earnings can be wide-ranging, but in May 2020, a mechanical manufacturing engineer  in Sunnyvale, California had the potential to earn pay between $64,000 and $135,000, according to estimates from Glassdoor. Perhaps given Google’s global presence and influence, it comes as no surprise that 18% of engineering students say they would like to work for the company, Universum found, second only to NASA.

When it comes to information technology and consumer electronics, few companies top Apple. Also headquartered in Silicon Valley – specifically Cupertino, California – the maker of devices like iPod, iPad and iPhone is one of the “Big Five” tech companies in the world, both in revenues and employees. Its payroll totals more than 137,000 people. Cutting-edge technologies is Apple’s specialty and the firm needs mechanical engineers to test and develop them. Glassdoor lists Apple as a leading employer for mechanical engineers and those who work there seem to agree, with 90% approving of CEO Tim Cook and employees generally enjoying the workplace culture. Approximately 13% of engineering students said Apple is a highly desirable potential employer, Universum found.

A pioneer in consumer electronics such as high definition televisions and stereo equipment, Samsung may have its headquarters in Seoul, South Korea, but it’s impact and presence is global. In addition to TVs and electronics, Samsung also manufacturers medical equipment, semiconductors, home appliances and certain chemicals. The machinery that it manufactures makes Samsung a premiere landing spot for mechanical engineers. Universum cites Samsung as an organization that prioritizes diversity and inclusion.

These are only a few examples of great employers that need great mechanical engineers. An online Master of Engineering through UC-Riverside can provide assistance by supplying you with the expertise and know-how such companies prioritize. Visit our website to learn more or apply now.

How to Become a Mechanical Engineer

Glassdoor – Top Companies to Work For as a Mechanical Engineer

Brown Technical – Best Companies to Work For in Mechanical Engineering