What is the difference between a data scientist and data engineer? 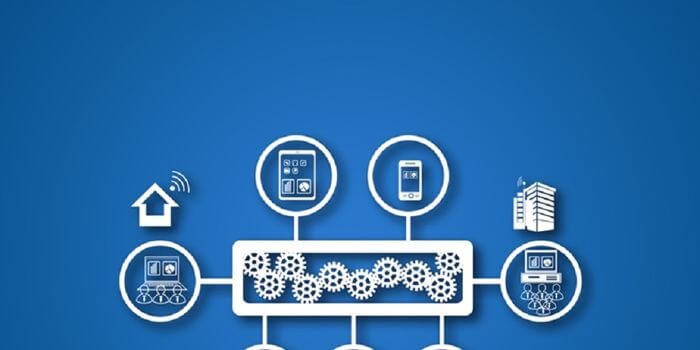 To the average person, data is a synonym for information. But to a data scientist or data engineer, data is actionable intelligence, providing key clues and insights into a wide assortment of activities, behaviors and characteristics.

There is plenty of data to work with, given the pace at which big data is produced on any given day.  According to the World Economic Forum and Visual Capitalist, as much as 463 exabytes will be produced on a daily basis globally come 2025. Just one exabyte is the equivalent of 1 billion gigabytes.

In short, the data warehouse industry professionals have to draw from is extraordinarily massive. But it raises this notable question: If both data scientists and data engineers regularly use data, how do they differ? What are their primary responsibilities? Is the typical data engineer salary more or less than what a data scientist earns?

These are some of the things you’ll learn and discover by pursuing an online Master of Science in Engineering at UC Riverside with a specialization in Data Science. Each course is strategically structured to provide students with the tools and skill sets necessary to pursue their passion and advance in their careers.

What does a data engineer do?

Because data engineers and data scientists often work together, frequently on the same projects, their duties and responsibilities sometimes overlap. For example, both data scientists and data engineers write code when working on or developing computer software. Their primary duties, however, are different. Data engineers are charged with developing the equipment, architectures and systems that make the acquisition of data possible. They’re the means to obtaining data so the information gathered can be parsed, evaluated or analyzed. Without them, data scientists would have a difficult time doing their jobs.

However data engineers do frequently deal with data sets as well to see if any trends or patterns exist. This identification can inform how they go about creating algorithms so raw data can be more easily interpreted for their employer, client or whomever wants to better understand what is collected.

Here are a few other responsibilities that are common among data engineers in the U.S., according to CIO:

What does a data scientist do?

Whereas a data engineer’s job is to design the systems for data collection, a data scientist handles the interpretation. Data by its very nature is massive, especially as society has grown increasingly digitized. In its raw form, it’s essentially words, numbers or symbols on a page. Data scientists draw from their years of experience to make sense of data sets.

Sometimes, this process may be as straightforward as objectively assessing the data. In other situations, it may entail developing hypotheses based on what the data suggests. Predictive modeling, advanced analytics and machine learning may be leveraged in these efforts, the architecture made possible by data engineers.

Additional tasks that data scientists take on include:

Are there a lot of job openings in data science?

Similar to other professions, the availability of job openings in data science can be a  moving target, affected by many outside forces that circle back to the U.S. economy. However, data scientists and engineers work in many different industries, making for a variety of opportunities. According to the Bureau of Labor Statistics, computer system design, management of companies and enterprises, technical consulting, scientific research and colleges and universities are the industries with the highest numbers of professionals employed in data science. At the state level, California has more workers in data science than any other. This may be related to the fact that California has the largest population and is home to Silicon Valley. Other states with a large volume of people in this profession include Illinois, Texas, New York and Ohio, based on the most recent figures available from BLS.

At the same time, data science is a highly competitive field. The positions that open frequently have many people applying for them. This may be due to the desirability of the profession. Each year, job listings website Glassdoor releases its report detailing the “50 Best Jobs in America.” For the past four years in a row – 2016 to 2019 – data scientist has topped the list. This is largely due to several factors, including what professionals typically earn in terms of salary.

What is the salary range for data science professionals?

Engineering is a high-paying profession almost uniformly, but data scientists and data engineers are among the more well compensated. According to Glassdoor, the average data engineer salary is currently $102,864. Earnings can be even greater depending on their experience and position.

Where data scientists and data engineers are located can also impact their compensation. Currently, the top-paying state for data science and mathematical science occupations is New York, where the annual mean wage is $125,170, according to BLS data. Behind the Empire State is North Carolina ($119,580), Maryland ($116,700), New Hampshire ($115,790) and Washington State ($115,720).

The metropolitan statistical areas where the salary for data science professionals is highest is the Bay Area. The annual mean wage in this portion of California is nearly $140,100. Other top-paying MSAs include New York City, Baltimore, Charlotte, Seattle and Richmond.

Should I become a data scientist or data engineer?

Whether you decide to become a data scientist or data engineer is entirely up to you. If you’re the type of person who enjoys constructing the systems that enable the collection and processing of data, the role of data engineer is appropriate. But if you’re more partial to the analytical side of data collection, becoming a data scientist may be more well-suited to your abilities and preferences.

Whichever you decide, UC Riverside can help get you there with an online Master of Science in Engineering. Take charge of your future and apply today.